Augmented Reality in various forms has been around for decades. The technology began to garner real interest in the early 1990’s, when Professor Tom Caudell and colleague Dave Mizell of Boeing Computer Services in Seattle developed a software program that could overlay digitally created images onto a physical world.  It is only recently, however, that people are beginning to recognize AR’s unlimited potential in virtually every aspect of life, including classroom training and education.

Augmented Reality brings learning to life. Imagine a classroom where historical characters spring forth from the pages of a book when viewed through a digital device. How about a “field trip” to visit a museum or tour an historic site without leaving home or the campus? Studying biology or anatomy? Apps such as Anatomy 4D that overlay and display full color images of the internal organs and skeletal structure allow students to explore the workings of the human body – or other organisms – in the classroom rather than a science lab or operating theater. Imagine an animated Abraham Lincoln delivering the Gettysburg Address aloud or joining astronauts orbiting the earth aboard the International Space Station. The possibilities are literally without limitations.

Prior to the introduction of the phenomenally successful Pokémon Go game in 2016, many people believed the future belonged to Virtual Reality rather than Augmented Reality. Due in large part to the public’s fascination with Pokémon Go, it has since become evident that AR offers more practical uses in everyday life than its virtual counterpart. 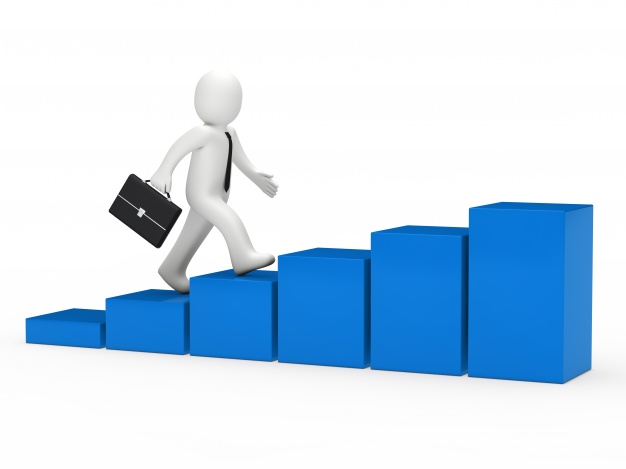 As with any evolving technology, Augmented Reality presents both obstacles and opportunities for new applications.

The market for Augmented Reality programs and products is huge and still growing. Studies indicate that 30% of smartphone owners use an AR app at least once weekly, which equates to more 60 million people in the US alone. By 2018, more than 200 million people will be using AR apps and by 2020, revenues derived through Augmented Reality are expected to exceed $120 billion annually.

A major obstacle is the availability of affordable viewing hardware at the consumer and student levels. The smartphones and tablets currently used with Augmented Reality apps are both cumbersome to hold and manipulate, and lack the computing power needed for some of today’s more complex applications. Although Microsoft has made Meta 2 and HoloLens headsets available to developers, they are not yet being marketed to consumers. With their hefty price tags of $949 and $3,000 respectively, the headsets are unaffordable to many, especially students and school districts. As with other emerging technologies, however, capitalism and the forces of supply and demand will ultimately result in the development of reasonably priced, readily available and increasingly more efficient viewing devices.

Another challenge facing the continued growth and use of Augmented Reality is assuring a steady supply of practical programs. Consumers will purchase HoloLens, Meta 2 and similar headsets only if there are always new apps readily available that entertain, educate or generally tend to make life easier. Microsoft, joined by Google, Facebook and Apple have addressed this issue in part by providing independent developers with AR tools and paying them for envisioning and creating new apps for their various platforms.

Using Augmented Reality in the Classroom

When properly applied, AR in the classroom will engage, entertain and educate students of all ages and grade levels.

The STEM (Science, Technology, Engineering and Mathematics) curriculum lends itself well to Augmented Reality as an instructional tool. From the primary grades through graduate school, Augmented Reality is transforming the educational process by adding a whole new dimension to learning.

As an example, Boeing employees tasked with assembling a mock airframe wing were divided into two groups, one following directions contained in a PDF file, the other using animated AR instructions viewed on digital tablets. The group using tablets were 30% faster and 90% more accurate than their colleagues that relied upon written instructions. 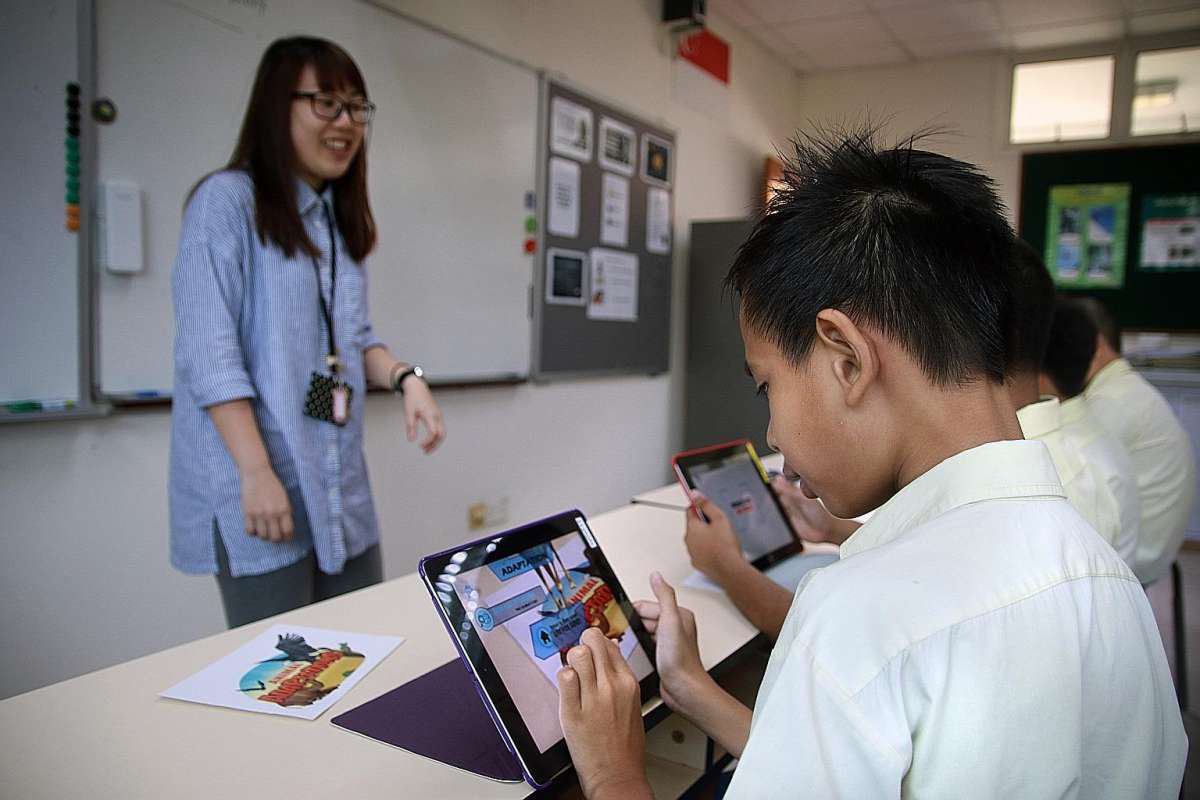 France is among the forerunners in recognizing the benefits of introducing students to Augmented Reality at a young age. In 2015, the French Government revised its instructional curriculum to include teaching AR technology in the public school system. Recognizing that incorporating emerging technologies such as AR and VR into their studies early on provides students with an opportunity to grasp the concepts and the skill sets needed to put those talents to good use in the real world.

Some Augmented Reality apps available for classroom instruction include NASA Spacecraft 3D, which, with the aid of an iOS or Android device, teaches students about the design and functions of spacecraft and robotic explorers. Another exciting app designed to make learning mathematics fun and easy for youngsters is Public Broadcasting System’s Fetch! Lunch Rush.

Using free software such as Aurasma, Layar or similar programs, teachers can now create their own unique AR experiences for use in the classroom, which can be as simple or complex as desired. These free apps are available for both iOS and Android devices, and will allow students to quickly and simply create their own Augmented Reality adventures. What was once mere fantasy is now very real.

The Future of Augmented Reality in Education

Children today are introduced to smartphones, tablets and similar devices at a very early age, and the technology soon becomes a part of their everyday lives. According to a study conducted by Pew Research Center in Washington, D.C., more than 75% of Americans now own smartphones, tablets or similar digital devices. The report further concludes that the number is expected to increase significantly over the coming years. There are currently more than 2.6 billion smartphone users worldwide, and that number is projected to grow to over 6.1 billion by 2020, outnumbering the world’s total hard-wired landlines.

Augmented Reality is still an emerging technology. As used in in today’s classrooms, AR apps are accessed primarily by holding and pointing a smartphone or tablet at a digital target or tag, which can be awkward and distracting. Tomorrow’s students, however, will interact with academia’s augmented world through affordable, hands-free viewing devices such as simpler, less expensive versions of Google Glass or other wearable AR-enabled devices. 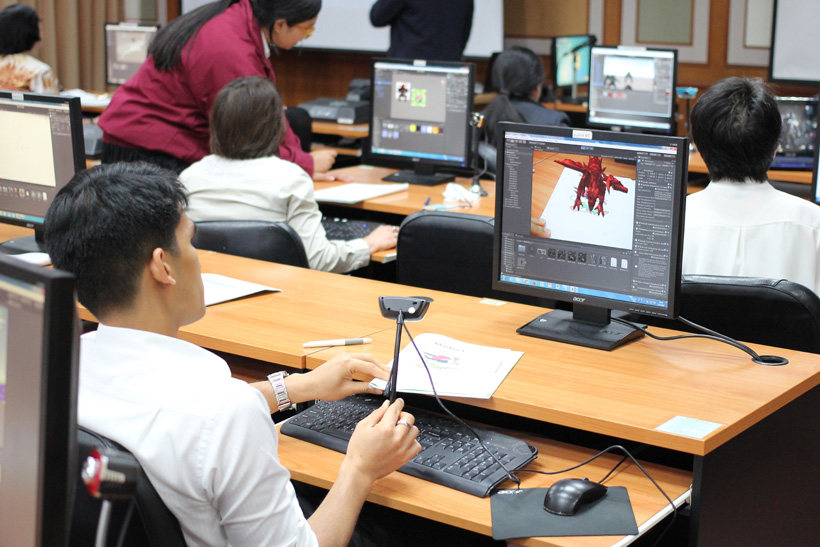 Lugging a backpack filled with homework and heavy textbooks will also become a thing of the past. Learning materials, homework assignments, class calendars and important announcements for students and parents will all be accessed electronically through the Cloud. Learning will no longer be confined largely to a classroom environment. Information will be available around the clock, which will give students with access to an Internet connection and a smartphone or tablet the freedom to study, research and complete assignments whenever and wherever they choose.

Young people today have been exposed to digital technology throughout their lives, so AR in education playing a major role is a logical extension of skills already acquired. Expect to see educators using Augmented Reality more and more frequently in the months to come as the technology continues to evolve, more apps become available and the cost of needed hardware becomes more widely affordable. Augmented Reality in the classroom is definitely here to stay.

Hi, thanks for the interesting post. I use Aurasma application with my students. They love to create applications with augmented reality. I think it is cool idea for education . Children and students can come up with interesting ideas. I saw a lot of different ideas with Aurasma app. What do you use with your syudents?

Hi. I think it is a cool idea. What a pity that I found your article only now. I became interested in augmented reality.