Four years ago, AR game Pokémon Go broke into our lives and became an essential part of our daily routine. You could see Pokémon Go players everywhere: on buses, on streets, in cafes, in galleries, even in churches. Pokémon Go opened the door of AR games for people who played it. Today you can rarely find a person with a smartphone who does not know what Augmented Reality is.

AR popularity is due both to games and to the popularity of Google Cardboards, Oculus Rift, and Gear VR. Herein lies some confusion. Cardboards and Gear VR are for virtual reality, an artificial computer simulation of a real situation. VR “transports” you into a whole new environment; whereas, Augmented Reality app development provides additional elements to an already existing environment. The best example is provided by Microsoft’s Hololens. However, smartphone applications provide as good an AR experience as Hololens. A great variety of applications with Augmented Reality functionality can be found in App Store or Play Store. The most popular apps are not limited to games, but include apps for tattoos, furniture retail, education, and tourism. 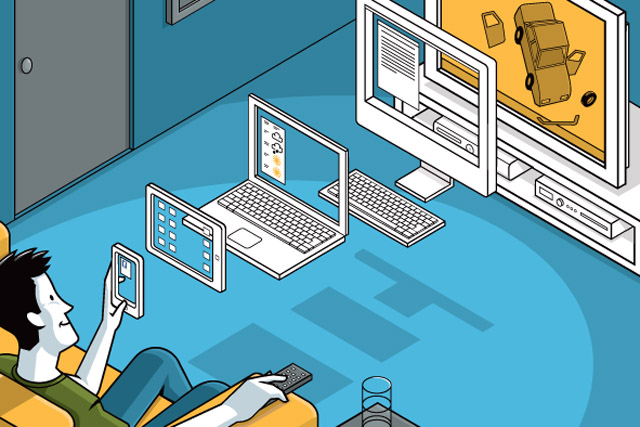 Customer demand for ground-breaking technology keeps increasing. Obviously, anything that can bring your business to a new level is a must have. Whether you have a picture gallery or a real-estate agency, you will certainly benefit from AR. The next question is to create a relevant app. The most important criterion on which your choice will be based is to balance quality and price. For this, you must choose a partner or team best suited for your project then choose the technology to develop.

Now it’s time to decide how your app will function. Determine your business needs then decide on which platform you want to start—iOS or Android—or choose both for Augmented Reality app development. Then plan your budget and timeline. After your development team considers your requirements but before they suggest possible solutions, they will ask if you want a native or a cross-platform augmented reality app. 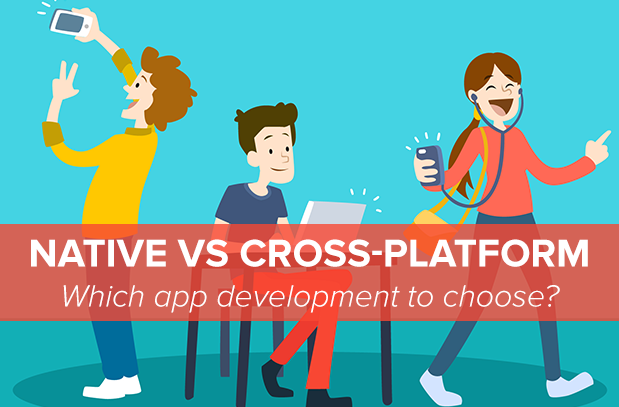 Native app development means an application will be created for one platform only—iOS or Android or Windows—because it will be developed with native languages (Swift or Objective-C for iOS, Java or Kotlin for Android). Native languages bring numerous advantages for apps, such as:

Still, there are some drawbacks:

At first glance, you might not even want to hear about cross-platform app development. Native sounds much better: it ensures quality, and quality always comes before price. However, cross-platform (hybrid) development is a great alternative when you have a limited budget. Cross-platform development means an application will be delivered on various platforms, while the code will be written in a single programming language. Technologies for cross-platform vary. The most popular are React Native app development (using a same-name framework of Javascript), Ionic Framework along with PhoneGap or Apache Cordova (based on HTML, CSS, and Angular), Xamarin (where the programming language is C#), Appcelerator Titanium (Javascript codebase).

The main pros of cross-platform development include:

But, there are several cons:

If your app is simple (seldom refers to Augmented Reality apps) and does not require a complex functionality set—or you just want to create a prototype—there is no need to spend a large amount of money. In this case, cross-platform apps are your best option. Conversely, a very complex app is best suited for native.

Delivery of Augmented Reality apps usually requires Unity, a cross-platform engine (in this case cross-platform means it can be used for any OS, no matter whether a native or cross-platform type of app development). Thirty-four percent of top games are made with Unity; it is essential for AR and VR games. With Unity, it becomes possible to gain access to many additional functionalities, such as animation and 3D, it empowers graphic with shading and various effects, enriches 2D, brings audio to a new level, etc. Unity also provides pre-designed game components such as characters or game props.

One of the most commonly used Unity extensions is Vuforia. Vuforia provides code necessary to create AR applications within the Unity game engine. Some of the most useable Vuforia features include recognition and tracking of a broader set of objects, ad and magazines image recognition, user-defined images, recognition of cylinders (such as bottles, cans, cups, and mugs) and boxes, English word recognition, VuMarks, and mapping additional elements via OpenGL.

3D models bring the most advanced Augmented Reality experience to users. Games begin to look more realistic, galleries and museums can avoid paperwork and create digital signs for art objects, a real estate agent has greater chances of selling a house when showing customers where they can place furniture or how they can change the interior, and a student can better memorize dinosaur species while looking at it in 3D.

Obviously, 3D modeling should include texturing, shading and rendering to make the graphics look real.

How all this Influences AR apps

There is no doubt that the process of creating Augmented Reality apps is intricate. Such apps need constant real-time information and access to low-level handset capabilities such as geolocation, gyroscope, accelerometer, camera, and motion sensors. 3D modeling requires working with third-party frameworks, libraries, and numerous extensions.

It all becomes possible when choosing to go with native app development. Of course, there are PhoneGap or React Native AR apps, but their functionalities are fist-bitingly limited. For example, Wikitude AR SDK works as a plugin for PhoneGap, a module for Titanium and a component for Xamarin. But the question is, “Will your app’s performance be good enough to present it to customers?”

You decide: native or cross-platform? First of all, you should consider your business purposes and study the topic.

I do hope this article is a great information resource for researching a subject matter. Augmented Reality is changing the way we see our world. You can bring something new and useful if you analyze all the arguments wisely.

Full Dive Virtual Reality: How Unrealistic is Diving Deeply into the Dream?

Thank you for sharing this useful article. I have to build an AR application in cross-platform. I believe cross-platform is more useful and future oriented. Can you please share some example AR apps that are build in cross platform?

I have noticed too much pessimistic opinions for the cross-platform apps in your article. There have been much improvident in cross-platform technologies and are improving rapidly nowadays. Man! you have not considered the possibilities of future.

Awesome work. Thanks for this amazing resource.

Hey eid, Thank you for your commentaries, much appreciated. I wouldn’t say the post is pessimistic. Yes, totally agreed that AR engines are improved at a pace and they become more and more useful for many industries. For a cross-platform app, you might use an AR engine, depending on your favorite language. For example, our AR developers use Unity as they have mastered C#. Please, refer to this source: https://unity.com/madewith and Unity blog on the whole. Also, you can read the post about most popular AR platforms: https://invisible.toys/best-augmented-reality-sdk/.

Hello,
Awesome article!! I really enjoy your article.
All info about native vs cross-platform mentioned by you in this post is marvelous. I always prefer native. because native app development is usually associated with inefficiency, less developer productivity, and slower time to deployment, React Native is all about bringing the speed and agility of web app development to the hybrid space with native results. This article helped me a lot. Keep writing and keep sharing.
Thanks again for this knowledgeable article.