When you use a Virtual Reality app via a VR helmet, despite gorgeous graphics and breathtaking emotions, you know that world is not real. Game controllers restrict your physical movements; you feel your real-world couch against your back. And that computer-generated fantastic, albeit fake, reality disappears the millisecond you take off your helmet.

Many (if not all) tech fans have thought about full dive Virtual Reality in which immersion goes to a new level where a person perceives no difference between the real and the virtual: there is nothing to indicate in which world you are currently present. To accomplish this, your brain and computer are connected via a special wire. (Remember the Matrix motion picture?) Only outside assistance can disconnect you from the system and let you return to the real world.

Full dive Virtual Reality is like a lucid dream: you know who you are, you remain absolutely conscious, you ‘get’ signals from your body and from the ‘outer’ world—but you cannot be sure where you are, what is real and what is not.

This sounds like a fantastic adventure, but is it possible?

Yes. But not any time soon.

Although the possibility is tenuous at best, scientists and engineers have made giant steps toward immersive, full dive Virtual Reality experiences. This gives us hope that its bright future will arrive sooner rather than later.

A glimpse at today’s perspective:

First, full dive Virtual Reality needs a fast and stable connection between the human brain and a machine: still unattainable.

In order to achieve reading brain signals at maximum speed, a full dive VR device must work directly with the human neural system through a BCI (Brain-Computer interface).

To date, there are three possibilities, according to A Beginner’s Guide to Brain-Computer Interface and Convolutional Neural Networks:

Invasive and semi-invasive ways are restricted by ethics (huge sigh of relief). There is always a risk of potential danger from implanting electrodes; hence, no modern government will ever allow combining invasive surgery and full dive Virtual Reality or any activities other than those where benefits surpass risks significantly. As such, gaming, marketing or studying everyday human activities definitely do not qualify.

Second, a full dive VR experience requires muscles to be in a totally inactive state. Muscles must remain completely inactive in full dive mode when the brain sends signal to body. This is compulsory to prevent trauma. However, competency—or even comprehension—on how to inactivate muscles properly remains elusive.

Third, there is a little research for full dive VR. Neuroscience makes slow progress due to existing barriers: ethical. What is the best model for a connected brain? The harmless one. Restrictions apply: research cannot be invasive.

On the bright side, scientists have developed neuromaps based on collected data sets to help computers recognize activity patterns. However, the study is far from being complete: we know a lot about seeing and hearing, but far less about touching and smelling. This deficiency prevents the use of all human senses to their full extent in a full dive VR system. Eventually, a full map will be produced. 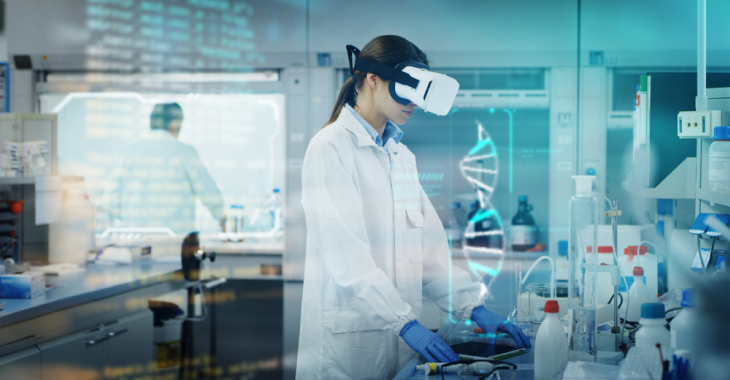 To make a full dive VR possible, computers must detect, process, and output vast amounts of data in real-time. Such power could only be achieved on quantum computers.
So far, EEG helmets are bulky as they require 11-16 electrodes that also must be wet before being mounted onto user’s head. This is fine for research but might be undesirable for a full immersion experience: users will always be aware they are wearing a helmet, so everything surrounding them remains unreal.

To achieve maximum speed and accuracy, helmets must be attuned to individual reactions: users and devices must be trained. This falls far short of simply fitting the present model of a consumer electronics device, connect to power supply, turn on, enjoy.

Fifth, security issues are critical. All software becomes susceptible to a hacker attack sooner or later. In case of a full dive VR system, no one could comprehend the potential damages caused to a human brain through hacking. There is little doubt a successful attack would be horrific.

Expect to witness growth of VR content in education and training, advertising and promotion, entertainment, etc. For example, VR for automotive industry prepares a mix of experiences aimed at both fun for drivers and passengers and productivity for car manufacturers.

The quality of apps is also increasing due to the introduction of more powerful devices capable of providing a more ‘natural’ look and feel of virtual spaces. 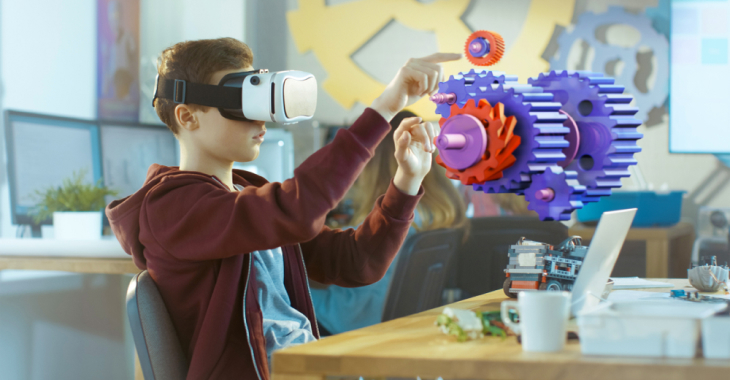 Open world VR is suited for gaming and training. It is possible today, although it might need final extra polishing before going to a wider audience. 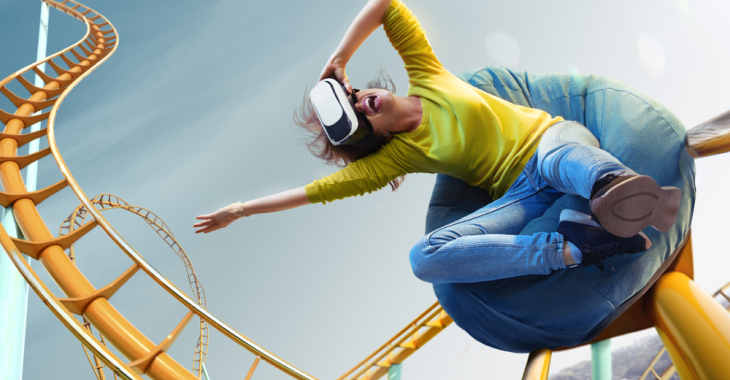 VR helmets with wired controllers in hands might be boring or cause constrained movements blocking players from enjoying VR to the full extent.

Researchers are constantly looking for more suitable alternatives, capable of safely blurring the lines between real and virtual. Other options for VR users include EEG helmets or electronic skin / e-skin. The latter is interesting because it might solve the problem of needing to deactivate human muscles.

EMOTIV is a pioneer in human-to-machine interfaces providing their clients with both hardware and software designed for advanced brain research and insights. Their solutions also make it possible to control items (both virtual and real) via thought processes.

As mentioned above, EEG helmets are bulky, heavy, and sometimes inaccurate; yet, they remain the number one option in BCI development. Their progress means progress towards full dive VR.

E-skin by Xenoma, a Japanese startup, offers comfortable machine-washable t-shirts with 14 strain sensors inside, an e-skin hub, and SKD used to recognize, track, and analyze body movements. E-skin makes it possible to interact with VR content intuitively just with ordinary body movements. It can also track statistics and analyze movements.

Probably, e-skin deserves wide adoption as an alternative immersive controller for those who do not trust brain sensors but love active moving.

Who benefits from adoption of full dive VR technology?

Obviously, those that promote training, recovery, and entertainment.

Let’s imagine the day has arrived when fully immersive VR apps are available for download onto special hardware. Then, for the following industries full dive experience would make the most sense:

To sum up, we have a clear concept of full dive Virtual Reality. Sooner or later, mankind will make physical and computer-generated worlds and truly offer a unique, irreplaceable instrument for improvement of human experience.

Even today, ‘traditional’ Virtual Reality app development makes it possible to provide a wide range of immersive activities making people believe in what they see via a helmet. Virtual Reality can be used for fun, training, learning, research, and any other kind of activities where visual effects matter.

Native vs. Cross-Platform:
Which Reigns in AR App Development World?